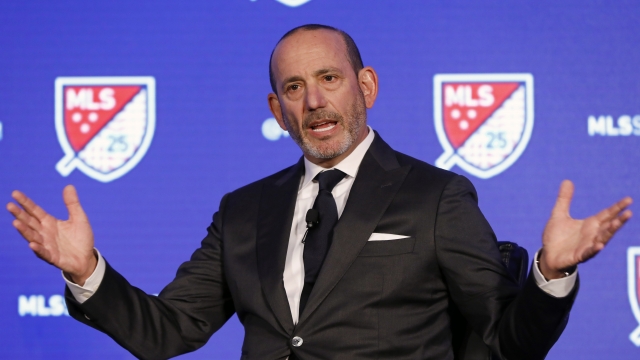 SMS
MLS Returns With A July Tournament In Florida
By Meg Hilling
By Meg Hilling
June 10, 2020
All 26 MLS teams will compete in a four week tournament at Walt Disney World's complex.
SHOW TRANSCRIPT

Major League Soccer is returning with a tournament on July 8th just outside of Orlando, Florida.

The league is calling the event the MLS is Back Tournament and says all 26 teams will be competing at the ESPN Wide World Sports Complex at the Walt Disney World Resort.

The tournament marks a return to play for the league since being shut down by the COVID-19 outbreak in March. Strict virus testing measures include testing players, coaches and staff the day before each match.

Group stage results will count towards regular season standings and the winning team will earn a place in the 2021 CONCACAF (Con Cah Caf) Champions League. The final will take place on August 11th, with a total of 54 matches played.

ESPN reports that the league plans to release a revised schedule for what the remainder of the season will look like following the tournament in the coming weeks.