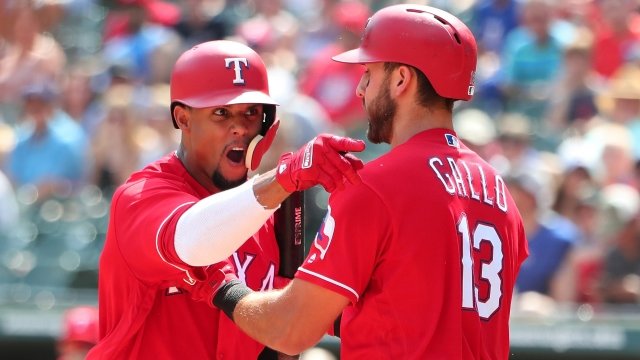 SMS
Why MLB Players Are As Angry At Owners As They've Been In Years
By Carter Woodiel
By Carter Woodiel
March 28, 2018
Baseball just got done with one of the weirdest offseasons in its history.
SHOW TRANSCRIPT

The Major League Baseball season is underway, and some players are frustrated that they aren't making as much money as they're worth after one of the strangest offseasons in baseball history.

Simply put, free agents signing with new teams made way less than they typically would and wound up signing deals really late in the offseason. This has players annoyed and the rest of us trying to figure out why it happened.

To lend some perspective to this, let's look at the qualifying offer. It's a one-year deal teams typically throw out to big-time free agents so the team can get a free draft pick if the free agent leaves.

The contract is for one year and $17.4 million, a deal small enough in baseball terms that most big-name free agents reject it. But it's a king's ransom compared to some of the contracts we saw this offseason. For example:

Kansas City Royals infielder Mike Moustakas set a team record with 38 home runs last year and rejected the qualifying offer. He wound up re-signing with the team on a one-year deal worth only $6.5 million.

First baseman Logan Morrison also hit 38 home runs last year, one short of the most at his position. Starting pitcher Lance Lynn was seventh in the National League in ERA. But they too could only guarantee one-year deals worth less than the qualifying offer.

On top of that, all three of those players signed within 30 days of Opening Day, something that's unusual for this sort of free agent. Simply put, they were waiting for a bigger offer that never came.

This, needless to say, has players frustrated. One prominent agent said back in February he hadn't seen players this angry since the last time they went on strike.

So why is this happening? The truth is, there's no definitive answer. It depends on who you ask.

The scariest hypothesis is collusion: that team owners are secretly working together to suppress prices. Owners did this in the late 1980s, costing players millions of dollars. But aside from the hunches that some writers and agents have, there's no evidence that's happening here.

It also might be because owners just don't care about fielding winning teams anymore. Signing big-name players is expensive, and maybe owners would rather cut payroll than get a few extra wins. The head of the MLB Players Union says two-thirds of teams are thinking this way.

Or, it could just have been a weird offseason. Teams are starting to realize long free agent deals don't always work out. Plus, next year's free agent class is expected to have tons of big names; the owners could just be waiting it out.

Either way, I think we speak for all baseball fans when we say, "Thank goodness the games are back."