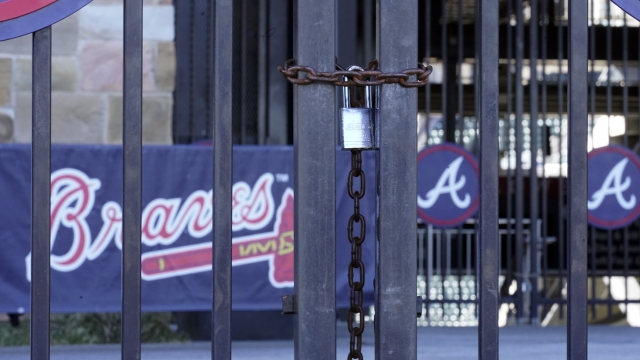 Major League Baseball reacted angrily to the latest offer by locked-out players when bargaining resumed Sunday, accusing the union of backtracking and showing no sign of a breakthrough to get the derailed season back on track.

The squabbling sides talked for 95 minutes on the 95th day of the lockout, largely restating their positions to each other. Talks broke off Tuesday after nine days of negotiations in Jupiter, Florida, and Commissioner Rob Manfred canceled the first two series of the season for each team, a total of 91 games. 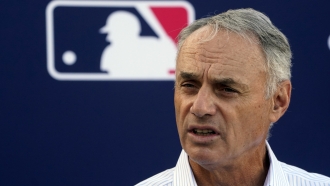 If Manfred cancels two additional series through April 13 and 14, he would wipe out 93 more games and increase the total to 184. That would move to the verge of threatening players with the loss of service time and delayed free agency.

This was the first meeting since Tuesday. Manfred was in the MLB offices Sunday but did not attend the bargaining session, aimed at starting the first season delayed by labor strife since 1995. The union followed the four-day recess by putting many of its proposals in writing.

“We were hoping to see movement in our direction to give us additional flexibility and get a deal done quickly,” MLB spokesman Glen Caplin said. “The players' association chose to come back to us with a proposal that was worse than Monday night and was not designed to move the process forward. On some issues, they even went backwards. Simply put, we are deadlocked. We will try to figure out how to respond, but nothing in this proposal makes it easy.”

Trying to resolve baseball’s second-longest labor stoppage, the sides remained far apart on luxury tax, minimum salaries and the proposed bonus pool for pre-arbitration eligible players. The union lowered its starting point for the bonus pool by $5 million to $80 million but left its proposals for the luxury tax and minimum salary unchanged.

Players declined to publicly respond to MLB but have maintained they withdrew their proposals for expanded free agency and arbitration and decreased revenue sharing while reducing their request on the bonus pool from an original $120 million. They also have offered to agree to uniform and helmet advertising.

Among the few areas with new proposals, players said a fast-track competition committee should include four union appointees, six management members and one umpire. The group would consider rules changes for no earlier than 2023 covering a pitch clock of 14 seconds with no runners on base and 19 seconds with runners on, limiting defensive shifts and using larger bases, and it would be able to recommend changes during the offseason with 45 days’ notice for implementation.

MLB last week proposed that the committee include six management officials, two union representatives and one umpire. Currently, management can only change rules with union consent or unilaterally with one year of notice.

Players said they will not allow the committee to consider one topic MLB asked to be included: robots to call balls and strikes.

The union offered to increase the postseason from 10 teams to 12 but said they are willing to discuss management’s desire for 14 if MLB would consider a “ghost win” in the first round, which management isn’t interested in. The higher seeds would open the best-of-five playoff with a 1-0 series lead.

The union lowered its plan for the pre-arbitration bonus pool from $85 million but asked for $5 million annual increases over the remainder of the deal. MLB last offered $30 million, up from $25 million, with no annual increase, and suggested the union had orally floated a figure of lower than $80 million when the sides discussed possible trade-offs Monday night.

As part of an overall agreement, players agreed to withdraw their proposed expansion of salary arbitration for players with at least two years of service but less than three.

Players rejected MLB’s proposal for an international draft and remained at the top six picks for the proposed amateur draft lottery, one more than MLB. Players also want to cut back on MLB’s proposed international games that include Mexico City; Melbourne, Australia; San Juan, Puerto Rico; and South Korea.

If more than 15 days are lost in the 186-day season and players do not receive service time for them in the eventual settlement, free-agent eligibility would be pushed back for many players.