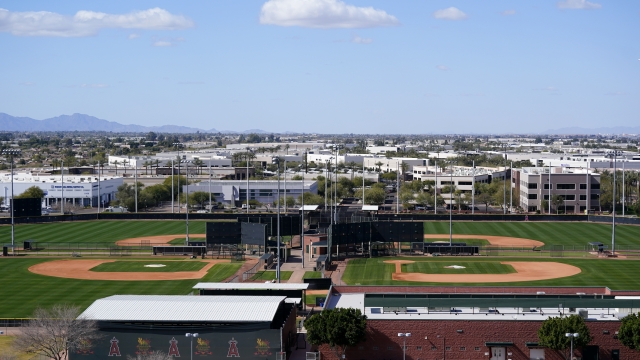 The birds flying over Sloan Park in Mesa, Arizona, will have to wait at least one week longer for any leftover peanuts and Cracker Jacks.

Major League Baseball canceled the first week of spring training games through March 4 in the first public acknowledgment of the disruption caused by the lockout.

The announcement Friday came with the work stoppage in its 79th day, and a day after talks on economics between management and the Major League Baseball Players Association lasted just 15 minutes.

As talks drag on, it's baseball-related businesses at spring training sites that are really feeling the pain.

Steve Adams is part of the Mesa HoHoKams, a volunteer group that helps with the 50/50 raffles and parking at two spring training stadiums.

After the 2020 spring training was called off early due to the pandemic and then limited capacity at stadiums last year, the group was hoping for a full spring training this time around. Adams says the money they bring in each game goes to area nonprofit organizations and sports groups.

"The lockout decreases the amount of money that we're going to have available for youth sports and nonprofits in the East Valley," he said.

In the West Valley, Goodyear Mayor Joe Pizzillo says they're disappointed by the delay but optimistic there will be a resolution. The Cactus League also issued a statement saying they're extremely disappointed the spring training season won't begin on time. 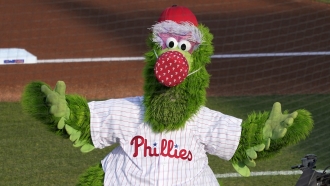 The ballpark usually would be the spring training home of the Miami Marlins and St. Louis Cardinals at this time of year, but workouts failed to start on time last Wednesday due to baseball's ninth work stoppage, its first since 1995.

Monday's session will be just the seventh on core economics since the lockout started Dec. 2, and the sides have met on consecutive days just once, on Jan. 24 and 25. MLB said Friday that it intended to have meetings with the union every day in the coming week.

While owners and players have participated by Zoom, the only ones to attend a session in person have been Colorado Rockies CEO Dick Monfort and free-agent reliever Andrew Miller, on Jan. 24.

MLB told the union that Feb. 28 is the last possible day to reach an agreement to allow openers on March 31, given the desire for four weeks of workouts and additional time to ratify an agreement and have players report to camps in Florida and Arizona.

"Hopefully we don't lose more than just one week," Steve Adams said. "Because youth sports is going to be negatively impacted by [the Mesa HoHoKams] not being able to donate to the full extent that we want to."