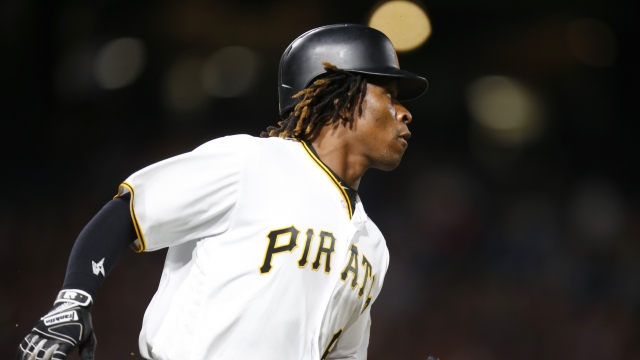 SMS
This South African Just Made Major League Baseball History
By Lindsay Gloor
By Lindsay Gloor
April 28, 2017
Gift Ngoepe is the first African-born athlete to play in an MLB game, ever.
SHOW TRANSCRIPT

Almost 30 percent of Major League Baseball players this season were born outside the U.S., and that's not unusual.

But this week, Gift Ngoepe became the first ever African-born player to play in an MLB game.

The 27-year-old South African native played in the minor leagues for almost 10 years before hitting a single in his first at-bat in an MLB game.

In a league dominated by North and South Americans, Ngoepe's opportunity is a big deal.

Playing in the MLB has been a ticket to fortune for many athletes worldwide, especially those from the Dominican Republic, which has 93 players representing it this season.

Ngoepe hopes his example will inspire other African baseball players.