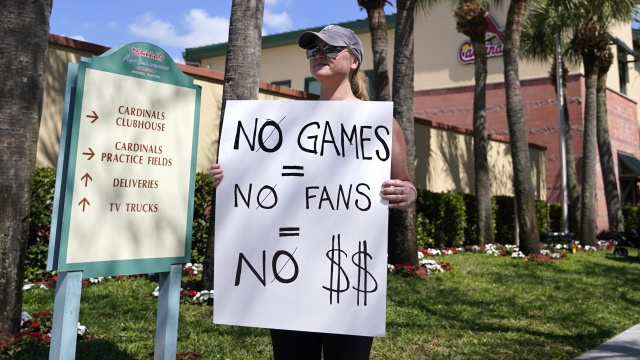 After a marathon of 13 bargaining sessions over 16 1/2 hours produced progress toward a labor deal but left the sides still far apart, MLB extended its deadline to Tuesday at 5 p.m. The sides planned to resume talks at 11 a.m. on the ninth straight day of bargaining.

Commissioner Rob Manfred had said Monday was the last possible day to reach an agreement that would allow the minimum time needed for spring training in order to play openers as scheduled on March 31. The union said it didn’t necessarily agree to the timeframe and just as the sides agreed to recess at 2:30 a.m., MLB gave players the new deadline.

“We want to exhaust every possibility to get a deal done,” an MLB spokesman said. 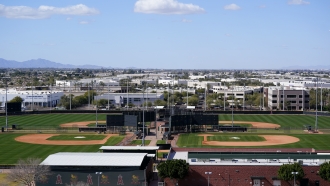 The players association planned to analyze the latest proposals and prepare a response for when talks resume at Roger Dean Stadium, the vacant spring training home of the Miami Marlins and St. Louis Cardinals.

The sides agreed, subject to an overall deal, to expand the postseason from 10 to 12 teams, rather than the 14 MLB had hoped for.

On central economics, the sides were still searching for agreement. Management’s proposals included:

- Raising the luxury tax threshold from $210 million to $220 million this year.

Players took the stance that all those figures were insufficient. Entering the day, they had asked for a $245 million threshold this year, rising to $273 million by the final season of a deal. They had proposed a $115 million bonus pool.

Players’ latest proposals contemplated giving up on expanding salary arbitration from the top 22% to 35% by service time of the players with at least two seasons of service and less than three.

Manfred, who attended a bargaining session for the first time on Friday, sat in on two of Monday’s meetings, both two-on-two sessions that included union head Tony Clark, Deputy Commissioner Dan Halem and union chief negotiator Bruce Meyer. At the first meeting, which began at 2:45 p.m. and lasted 40 minutes, Manfred told players he wanted to make a deal.

The pace then quickened, with management’s bargaining team repeatedly walking from their area in the main part of the stadium to the union in the building beyond the right-field corner that includes the Cardinals clubhouse.

Spring training games were to have begun Saturday, but baseball’s ninth work stoppage — and first since 1995 — already has led to exhibitions being canceled through March 7.