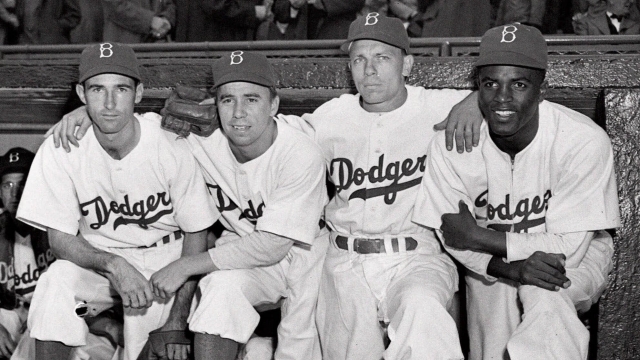 Players across the majors will don Jackie Robinson's No. 42 — and all of them in Dodger blue this year — for the 75th anniversary of Robinson's big league debut.

The Dodgers will be at home in Los Angeles, facing the Cincinnati Reds. They'll be joined by Robinson's 99-year-old widow, Rachel, and her son David.

Earlier in the day, David Robinson will read the book “I Am Jackie Robinson” at Longfellow Elementary School in Pasadena, California, where Robinson grew up. He'll be joined by Robinson's granddaughter, Ayo, pitcher David Price and Players Alliance founders Curtis Granderson and Edwin Jackson.

Outfielder Mookie Betts will join the Robinson family at nearby John Muir High for the unveiling of a mural of Robinson. He starred in football, basketball, baseball and track at the Pasadena school in the 1930s.