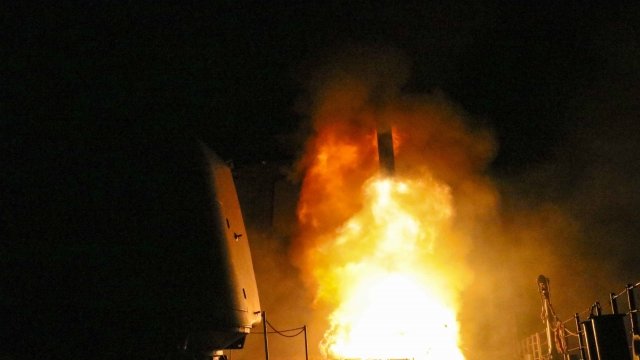 International reaction to Friday's strikes against Syria has been mixed.

U.S. allies have responded pretty positively. Canada, Germany and Turkey came out in support of the strikes.

NATO's Secretary-General Jens Stoltenberg has also expressed his support for the strikes.

None of those countries actually participated in the strikes. Canada's Prime Minister Justin Trudeau and Germany's Chancellor Angela Merkel had already ruled out participating in military interventions in Syria ahead of the strikes.

But Russia and Iran, Syria's main allies, condemned the attacks. Iran's leader called the U.S., French and British heads of state criminals. And Russia has called the attacks an "act of aggression against a sovereign state."

Russia also called for an emergency meeting of the U.N. Security Council. A number of council members voiced concerns Saturday that the U.S., France and the U.K. strikes violated international law.