Mitt Romney Was Reportedly Treated For Prostate Cancer Over The Summer 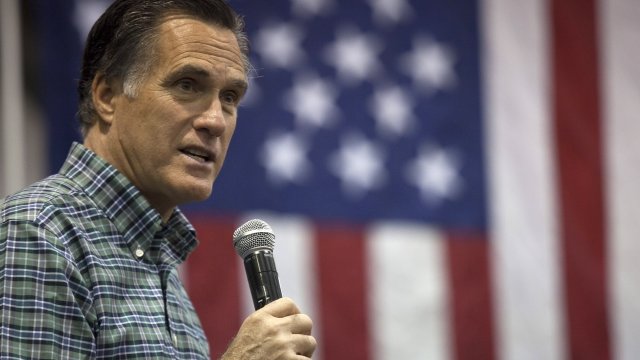 It's been speculated that Mitt Romney could be a possible candidate to replace Republican U.S. Sen. Orrin Hatch of Utah.

Former Massachusetts Gov. Mitt Romney was treated for prostate cancer over the summer, according to multiple news outlets.

That's making headlines because Romney has been widely speculated to be considering a run to replace U.S. Sen. Orrin Hatch of Utah, who recently said he would retire.

Sources told CNN and other outlets that Romney, who's 70, was "successfully treated."

Despite outside speculation, Romney hasn't announced any future campaign plans.