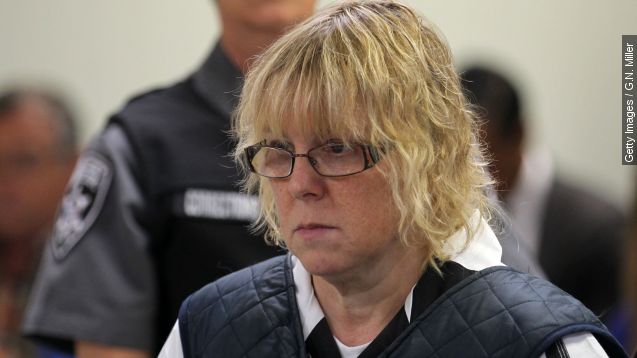 "Are you pleading guilty because you are in fact guilty?" asked the judge. "Yes, I am," Joyce Mitchell said.

She says she fell victim to a "fantasy" and told investigators, "I enjoyed the attention, the feeling both of them gave me and the thought of a different life."

A life that didn't include her husband, Lyle Mitchell. Joyce told investigators inmate Matt planned to kill her husband. He even went so far as to give her two white pills to drug him.

But, after the two escaped, Mitchell lost her nerve. She told investigators: "I know I had agreed to help them escape and run away with them, but I panicked and couldn't follow through with the rest of the plan. I really do love my husband, and he's the reason."

She's agreed to serve up to seven years in prison on contraband charges. She will be sentenced in September.