If Mitch McConnell Has His Way, Hemp Production Could Soon Be Legal 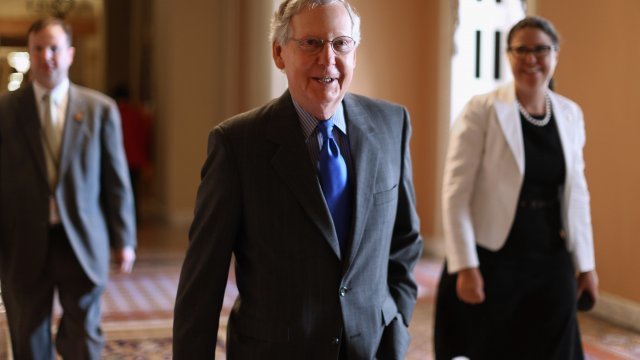 McConnell said he'd introduce a bill next week that would remove the plant from a list of controlled substances. He hopes hemp will be as big a cash crop for Kentucky in the future as tobacco was in the past.

Hemp is related to marijuana, and that's one of the reasons it was banned. But hemp has a much lower THC concentration than weed, meaning it won't get you high.

Hemp products aren't illegal in the U.S., but production is highly restricted.