Mitch McConnell: 'It's Long Past Due' For Bipartisan Immigration Talks 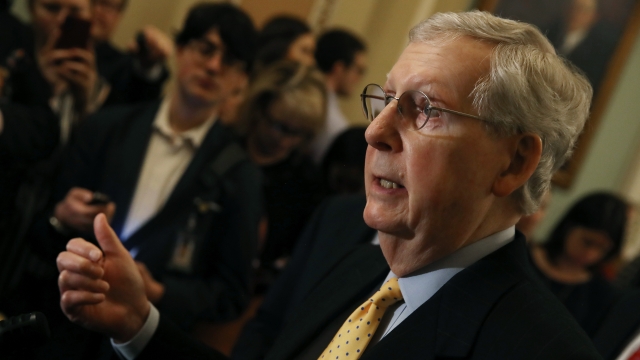 The U.S. apprehended more than 92,000 migrants at the U.S.-Mexico border last month. While speaking with reporters Thursday, McConnell called the situation a "crisis."

He said: "It's long past due for us to sit down in a bipartisan basis and try to fix as much of this problem as we can."

McConnell added any immigration legislation should not only touch on border security but also implement changes to asylum laws.

But other Senate Republicans aren't sure that both sides of the aisle can come together to produce an immigration plan. And previous attempts at bipartisan talks have hit a dead end.

Still, McConnell said Thursday he has been talking to Senate Democratic Leader Chuck Schumer "about a variety of different things and we'll see what happens."