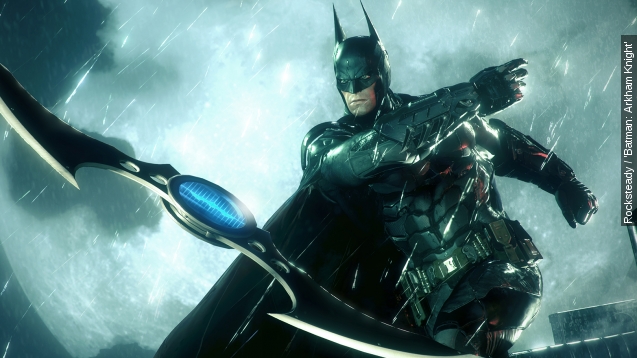 SMS
MIT's New Wi-Fi Utility Reminds Us Of Batman's Tech
By Leah Becerra
By Leah Becerra
October 28, 2015
Researchers developed a utility that helps them see through walls and even identify people. Sonar vision, anyone?
SHOW TRANSCRIPT

MIT researchers clearly love Batman just as much as I do — and as much as these kids do.

The team created software that uses Wi-Fi to recognize people's silhouettes through walls.

And that's kind of like what Batman does in the Arkham video games, and, I guess, that's kind of what Christian Bale's Batman did once, too. (Video via Rocksteady Studios, Warner Bros.)

The software, called RF-Capture, uses the reflections of Wi-Fi signals to determine differences in body shapes with up to 90 percent accuracy. It's so advanced, it can even be trained to distinguish between specific people. (Video via MIT)

The software can also make out a person's heart rate and breathing patterns. But as cool as this is, there's no real-world application yet.

Unless, of course, you're Batman — or maybe a spy. Which might be why the researchers told Gizmodo: "We need to have regulations that dictate how and when these devices can be used. Privacy is always a chief concern." (Video via 20th Century Fox, C-SPAN)