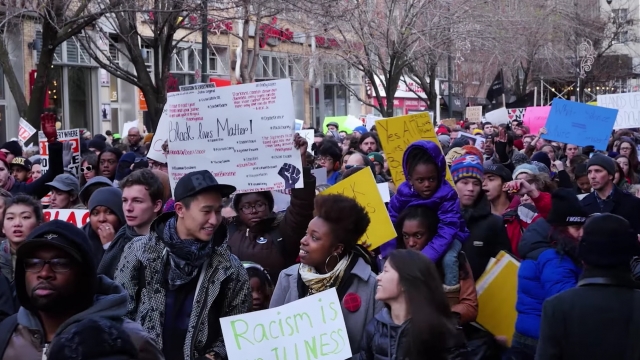 The MIT Media Lab is rewarding disobedience with cash money — $250,000, to be exact.

It announced the award last summer but is now accepting nominations for individuals or groups that demonstrate constructive disobedience. It says the award celebrates the principles of "non-violence, creativity, courage, and taking responsibility for one's actions."

Joi Ito, director of MIT's Media Lab, told CNN this isn't a protest of the Trump administration. This decision, according to the Lab's website, was made after "a realization that there's a widespread frustration from people trying to figure out how can we effectively harness responsible, ethical disobedience aimed at challenging our norms, rules, or laws to benefit society."

Although Ito says this award isn't in direct resistance to President Donald Trump, it's impossible to ignore the blaring political climate. 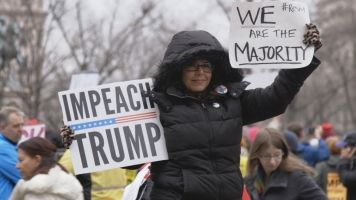 Leading up to the Nov. 8 election and through Trump's first days as president, protests in the U.S. have broken records. The Women's March reportedly drew some 4.2 million demonstrators across 600 U.S. cities. Erica Chenoweth, an expert on political protests, told Vox it was the biggest day for a protest in the U.S., even by modest projections.

Crowd scientists told The New York Times that Trump's inauguration crowd was a third of the size by comparison.

Since then, we've seen protests and counter-protests nationwide on everything from immigration to health care to the Dakota Access pipeline. And though most have been peaceful demonstrations, some have not. 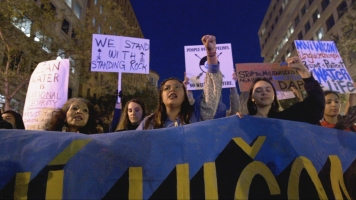 The MIT Media Lab Disobedience Award wants to recognize individuals or groups pushing boundaries across diverse disciplines around the world. It highlights this isn't just about politics; it applies to science, advocacy and art.

Nominations will be collected through May 1, and the recipients will be announced at the Media Lab's third annual summer event July 21, 2017.