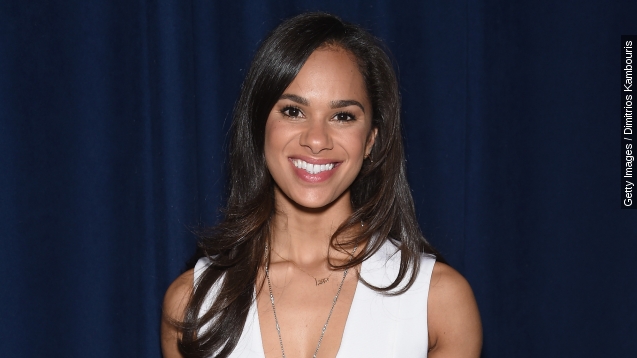 The American Ballet Theatre's promotion of Misty Copeland from soloist to principal dancer — making her the first African-American female to achieve this honor in the company's history — is a breath of fresh air for the dance industy.

And not just due to the color of her skin, even though diversity in the ranks of professional ballet companies has always been a much talked-about issue.

Just last year, the artistic director of Dance Theatre of Harlem told Pointe Magazine, "People still have not embraced the notion of diversity within this art form because it's always been seen as an exclusive art form."

But even as a soloist, Copeland has been slowly but surely rejuvenating the ballet by bringing more attention to it. (Video via Anaheim Ballet)

Which is a much-needed thing, because the number of people attending the ballet has been declining. In 2012, Statista reported only 13,779 people had attended a ballet performance, whereas that number was 15,797 in 2003. (Video via New York City Ballet)

But Copeland's rising popularity has certainly helped put a face to the industry for fans of all ages.

"Do you know who Misty Copeland is?" an NBC reporter asked a group of young dancers.

When Copeland's Under Armour ad debuted last July, her story inspired people across the country.

Many, like ESPN, praised the activewear brand for its "out-of-the-box thinking in tapping a ballerina to front its national ads."

Time named the 32-year-old one of its 100 most influential people, even going as far as putting her on one of its five covers for the issue.

Copeland also starred as a guest judge several times on Fox's "So You Think You Can Dance" and presented at the 2015 Tony Awards.

She even found the time to write a memoir called "Life in Motion: An Unlikely Ballerina," which became a New York Times bestseller, and Copeland was featured in a documentary that debuted at this year's Tribeca Film Festival. (Video via Youth America Grand Prix)

And up next for the ballerina is a turn on reality TV, where People reports she'll "mentor aspiring dancers as they follow their dreams in N.Y.C." in "The Misty Copeland Project" on Oxygen.

Being named a principal dancer isn't Copeland's only accomplishment recently.

She just finished starring as the dual role of Odette and Odile in "Swan Lake" — arguably the most famous role there is in ballet — becoming the first African-American female to ever do so for American Ballet Theatre at the Metropolitan Opera House in New York.