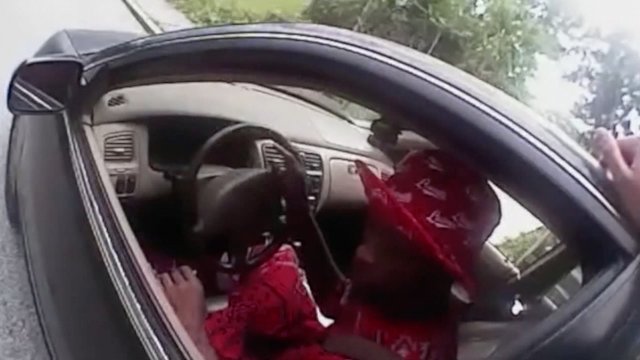 A judge has declared another mistrial for former University of Cincinnati police Officer Ray Tensing, who fatally shot an unarmed man in 2015.

The murder trial of a former University of Cincinnati police officer who fatally shot an unarmed black man almost two years ago has ended in another hung jury.

Ray Tensing shot and killed driver Sam DuBose during a July 2015 traffic stop. His death, which one prosecutor called "senseless," fueled the debate over race relations in policing.

After 30 hours of deliberations, jurors said they couldn't reach a unanimous decision on either of the two charges Tensing faced — murder and voluntary manslaughter.

Tensing testified that he thought his life was in danger. His legal team argued that his arm appears to be inside DuBose's car as DuBose starts to drive away. Tensing said he was being dragged down the street.

Several organizations, including the Fraternal Order of Police, contributed to a consensus policy on the use of force.

But prosecutors said DuBose's car didn't start moving until after he was shot and that Tensing had a choice to let DuBose drive away rather than shoot him.

His first trial in November ended the same way — a hung jury and a mistrial. DuBose's family has called for another retrial.

The mistrial comes just days after a Minnesota officer was acquitted of all charges in the shooting death of Philando Castile.