Mistrial Declared For Activist Who Gave Food And Water To Migrants 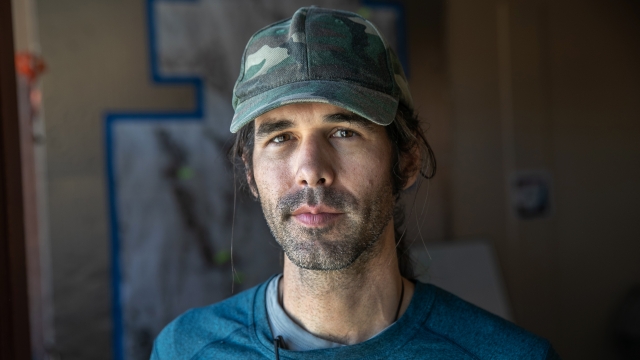 SMS
Mistrial Declared For Activist Who Gave Food And Water To Migrants
By Peter Hecht
By Peter Hecht
June 12, 2019
Scott Warren says he was acting on his religious beliefs when he provided food, water and shelter to two migrants in the Arizona desert.
SHOW TRANSCRIPT

A mistrial has been declared in the case of Scott Warren, who faced three felony charges for providing food, water and shelter to migrants crossing the Arizona desert. A federal court jury in Tucson was unable to reach a verdict on Tuesday.

Warren's case drew national attention, and he appealed to the court of public opinion, criticizing the government for prosecuting humanitarian workers and volunteers.

"The government's plan, in the midst of this humanitarian crisis: police to target undocumented people, refugees and their families. Prosecutions to criminalize humanitarian aid, kindness and solidarity."

Prosecutors declined to address reporters after the mistrial announcement Tuesday afternoon. The judge in the case gave them until July 2 to decide whether to seek a new trial.

The charges against Warren stemmed from this 2018 Border Patrol raid on a clinic operated by a humanitarian group called No More Deaths. Warren is a volunteer with that group.

If he'd been found guilty, he could have faced up to 20 years in federal prison.

Warren says he was acting on his religious beliefs when he gave two migrants food, water and shelter in a harsh desert where some who cross the border die of thirst. But prosecutors said the migrants didn't need help and that his providing aid amounted to a conspiracy to transport and harbor undocumented immigrants.

"The government put on its best case with the full force of countless resources, and 12 jurors could not agree with that case. We remain devoted today in our commitment to defend Scott's lifelong devotion to providing humanitarian aid."