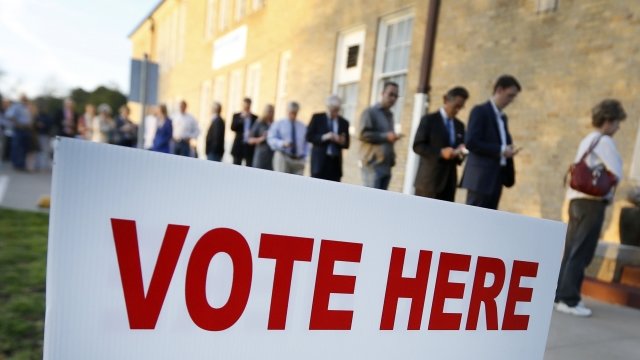 Missouri voters have scrapped a right-to-work law that would have banned mandatory union fees.

Just over 67 percent of Missouri voters decided to repeal the law.

If enacted, the law would have mandated that employees don't have to join a labor union or pay union fees as a condition or continuation of employment.

It was originally passed by Missouri's legislature in 2017 and signed by then-Gov. Eric Greitens. But Missouri unions gathered enough signatures to put a repeal of the law on the August ballot and let voters decide whether to uphold it.

In June, the U.S. Supreme Court ruled that public-sector employees who choose not to join a union can't be forced to pay fees to help cover the costs of collective bargaining.

NPR reports that 27 other states and Guam let private-sector employees opt out of union membership and fees.