Medical Marijuana Is On The Ballot In Missouri — Three Separate Times 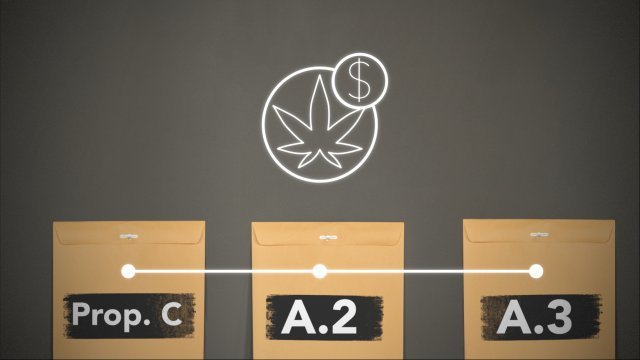 SMS
Medical Marijuana Is On The Ballot In Missouri — Three Separate Times
By Matt Picht
By Matt Picht
September 25, 2018
Voters in Missouri will have to choose between three different proposals to legalize medical marijuana in the state.
SHOW TRANSCRIPT

In 2007, Lonnie Kessler had surgery to remove a tumor the size of a softball from his brain. He still lives with the remnants of that tumor, and the associated side effects.

"I started advocating for medical marijuana when I heard of New Approach Missouri. ... We've collected 135,000 signatures by volunteers alone, and it's just amazing how people will take time off work, or use a sick day, or miss out on a night out on the town to go collect signatures."

"Patients are, we're not weak. We're vulnerable without marijuana as medicine. We're a strong bunch of people, we have to be strong to live with the things we live with every day."

Over the past decade, 31 states plus the District of Columbia have legalized marijuana for medical use. And come this November, voters in Lonnie's home state of Missouri will have an opportunity to join their ranks. Well, three opportunities, actually.

All three proposals follow the same basic structure — allow patients with certain conditions to access medical marijuana, levy a sales tax on that marijuana, and use the money to fund specific state programs. Lonnie and New Approach are supporting Amendment 2, which imposes a 4 percent sales tax on medical marijuana and sends all the proceeds to veterans' care.

And finally, there's Amendment 3, led by physician/attorney Dr. Brad Bradshaw. That bill imposes the highest sales tax of the three measures at 15 percent, which would fund a brand-new research institute devoted to finding cures for cancer and other intractable diseases. The institute would be headed, at least at first, by Bradshaw himself.

There's no love lost between the three campaigns: while polls have shown broad support for medical marijuana in Missouri, the presence of three separate initiatives could end up confusing voters and dividing that support.

But ultimately, as long as at least one measure gets over 50 percent support, the outcome will be the same: legal medical marijuana in Missouri.

Mike Colona used to be a state senator in Missouri. He's now helping lead the fight for Proposition C to win out in November, along with St. Louis lobbyist Mark Habbas.

Colona told Newsy, "I know Dr. Bradshaw, I know those folks at New Approach. I know they're in this for the right reasons. I know they want to help people. We just have different ways of getting there." 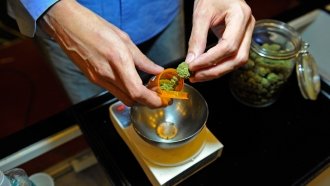 How A Mom's Pot Use May Affect Their Child's Own Use

Proposition C is unique because it's a statutory amendment, not a constitutional one. That means state legislators can tweak and modify the proposal without having to create a whole new ballot initiative.

Habbas argues this flexibility is a key feature of the proposal.

But Lonnie isn't so sure that approach will work out in patients' favor.

New Approach's method is also unique in that it would allow patients to grow their own cannabis, something Lonnie says can be extremely helpful for patient care.

"The home grow option is something that can benefit patients who live in rural areas or patients who are too sick to get out and go purchase medicine at the dispensaries. ... I personally believe it provides a therapeutic value too. It's just kinda like gardening, you know, you reap what you sow."

The third option on Missouri's ballot, Amendment 3, was largely self-funded by Bradshaw. He sees the medical marijuana movement as an opportunity to help kickstart other important medical research.

Bradshaw told Newsy, "There are people who need access to medical marijuana, and we also need more research in a concentrated, collaborative effort. ... We don't have a Manhattan-project-type cancer research program, and Missouri's perfectly geo-centrally located for something like that."

Bradshaw's filed lawsuits to keep his two rivals off the ballot. But so far, it looks like Missouri's voters will be making the final call on which medical marijuana scheme gets to pass.