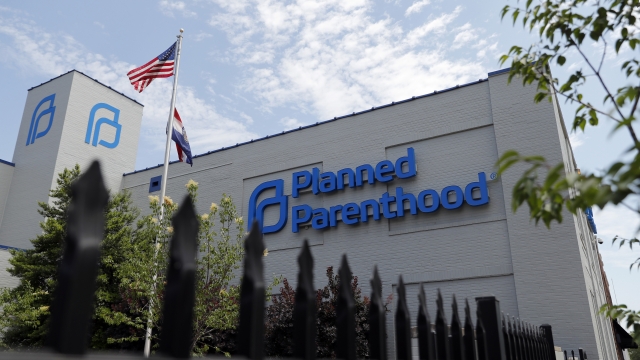 Missouri was on the verge of becoming the only state without an abortion clinic after its health department refused to renew the St. Louis Planned Parenthood clinic's license last June. Just a few days before, Republican Gov. Mike Parson signed legislation banning abortions after eight weeks of pregnancy without exceptions for rape or incest.

The state said then that an inspection had found four instances of "failed abortions." Planned Parenthood then sued the state, saying the licensing holdup was part of a plan to end abortions in Missouri.

The state's inspection found that for one woman, it took five attempts to complete an abortion. During an administrative hearing in October, an official from Missouri's health department said the clinic had failed to provide a complication report. The state's health director also revealed his agency had tracked the menstrual cycles of Planned Parenthood patients to find women who needed multiple procedures to complete an abortion.

Alexis McGill Johnson, the acting president and CEO of the Planned Parenthood Federation of America, said in a statement: "During a worldwide pandemic, every public health care provider including Planned Parenthood should have all the resources they need to care for the complex needs of their communities, including abortion."

It's unclear if the state will appeal.

Additional reporting by Jim Salter of the Associated Press.