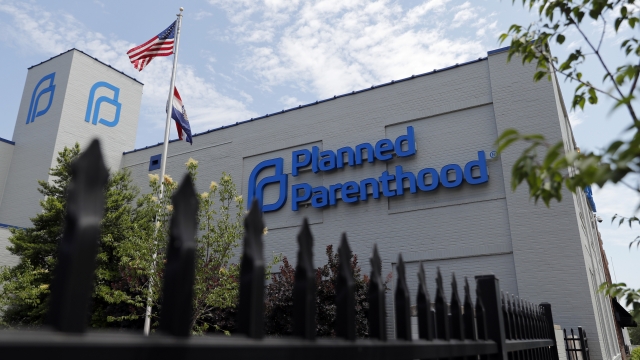 SMS
Missouri's Last Abortion Clinic Issued License After Yearlong Battle
By LeeAnne Lowry
By LeeAnne Lowry
June 25, 2020
Missouri was on the verge of becoming the only state without an abortion clinic.
SHOW TRANSCRIPT

Missouri's health department issued a license to the state's only abortion provider Thursday after a yearlong battle.

The new license allows the St. Louis Planned Parenthood to provide abortions for a year.

Missouri had been on the verge of becoming the only state without an abortion provider after its health department refused to renew the clinic's license last June. The state said an inspection had found four instances of "failed abortions." Planned Parenthood then sued the state, saying the licensing holdup was part of a plan to end abortions in Missouri.

But last month, the Missouri Administrative Hearing Commission sided with the clinic. A commissioner wrote "Planned Parenthood has demonstrated that it provides safe and legal abortion care."

The regional Planned Parenthood CEO said that while the license is a victory for supporters of abortion rights, it "still cannot undo the harm that longstanding medically unnecessary policies in our state inflict on patients."