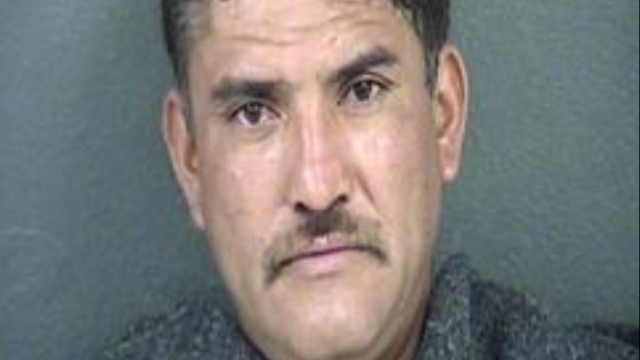 Police have caught the man accused of five murders in Kansas and Missouri after a grueling manhunt.

Police launched a large-scale hunt for the suspect, which included dogs, helicopters and a SWAT team.

A truck police suspected Serrano-Vitorino was driving was found Tuesday in Missouri, about 80 miles west of St. Louis. Less than half an hour after the vehicle was found, sheriff's deputies rushed to the scene of another murder victim in a rural Missouri town five miles from the truck.

Serrano-Vitorino was reportedly caught lying on a hill near an interstate Wednesday morning with a rifle in his possession.

Immigration and Customs Enforcement says Serrano-Vitorino, a Mexican national, had been deported from the U.S. in 2004. The agency is unsure when he re-entered the country.

Newsy's partners at KSHB report ICE may have had a chance to transfer Serrano-Vitorino into their custody when he was fingerprinted last September but sent the request to the wrong local agency. He has been charged with four counts of first-degree murder.