Law That Tried To Stop Revenue-Motivated Policing Is Struck Down 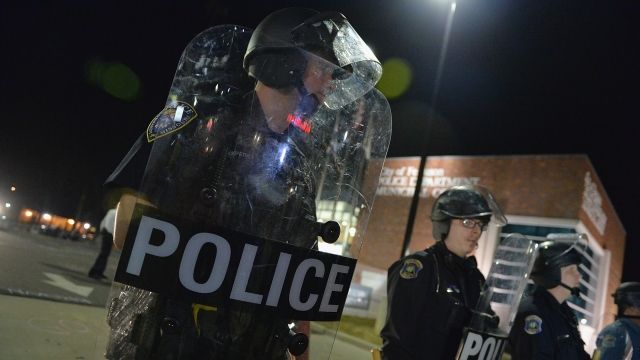 Missouri's Supreme Court has struck down a law designed to prevent police in the Ferguson area from using traffic stops as revenue streams.

The 2015 law mandated police departments in Saint Louis County could only get 12.5 percent of their revenue from traffic and legal fees. The cap for the rest of the state was 20 percent.

That law went into place after the shooting death of unarmed teenager Michael Brown by a Ferguson police officer. A Department of Justice investigation after Brown's death found that while black residents made up 67 percent of Ferguson's population, they accounted for 85 percent of traffic stops.

The court ruled the law in question was unconstitutional because it treated Saint Louis County differently than the rest of the state. It will now face the same 20-percent revenue cap as the rest of Missouri.