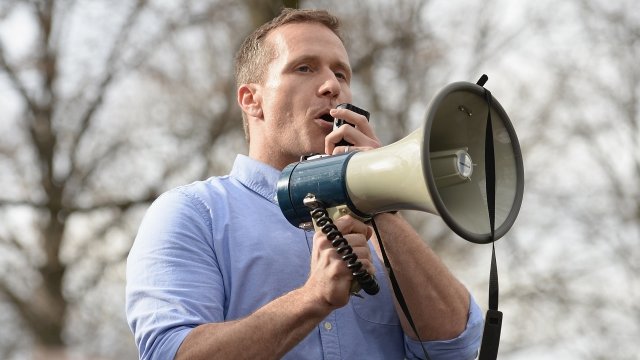 During a news conference Tuesday, AG Josh Hawley said his office found evidence that suggests Greitens improperly got a hold of a donor list from a charity he founded before running for office.

Hawley told reporters Greitens is accused of using that list for political fundraising.

"If proven, these acts could amount to the unauthorized taking and use of property. And given the value of the list in question, it is a felony," Hawley said.

Hawley is one of several lawmakers who called on Greitens to resign as allegations of sexual misconduct continue to mount against the governor.

Last week, a House investigatory committee released a graphic report containing testimony from a woman who accused Greitens of being physically violent during a series of unwanted sexual encounters.

Greitens responded to Hawley's accusations later Tuesday, saying, "Anyone who has set foot in a Missouri courtroom knows these allegations are ridiculous."