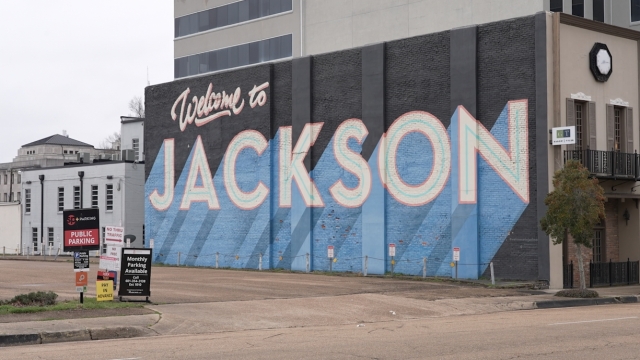 Reports show the average poverty rate in Mississippi is about 20%. Newsy spoke with residents in Jackson, Mississippi about what they hope to hear from the president in order to change that.

"It's sad you can't keep no one in here," said a store worker who did not want to be identified.

"Their pay is like $7.25 an hour, sometimes $8.25 an hour. And it's not enough," the store worker continued. "When it come to pay, I hope he just says raise the minimum wage to at least $15 an hour since the cost of living went up."

Reports say one in every five Mississippians face poverty. Less money can mean less choices — not just when it comes to food. Poverty makes it hard to pay bills, buy basic items or go to the doctor.

The nonprofit, nonpartisan Center on Budget and Policy Priorities says new legislation could further affect Mississippians living in poverty as the state debates getting rid of personal income tax.

"The real detriment to growth and prosperity in Mississippi is not its tax structure, which is completely competitive with that of other states, but rather the fact that it has an under-performing school system and it has a bad water and sewer system and it has an unhealthy population," said Michael Mazerov with the Center on Budget and Policy Priorities.

Equal pay is another big topic for the president to address.

"I wish he would focus on equal pay for women and men if you do the same job," said resident Odessa, who gave only her first name.

The U.S. has laws that force companies to pay men and women in the same workplace equally. Some policy makers are trying to change the fact that Mississippi is lacking such a state law.

"My personal opinion is that I believe that women should have been given equal pay a long time ago," Robinson said. "They do the jobs that we do. They also do more than we do. So, in actuality, they should be getting more than us."

Some Mississippians feel like they're at a crossroad with the government between poverty and pay. And for some younger residents, it could be a make-or-break moment.

The people Newsy spoke with say that they know that change is not going to happen overnight, but they say they are fearful. Young people are starting to move out of the state, they're looking for better jobs, educational opportunities and entertainment.