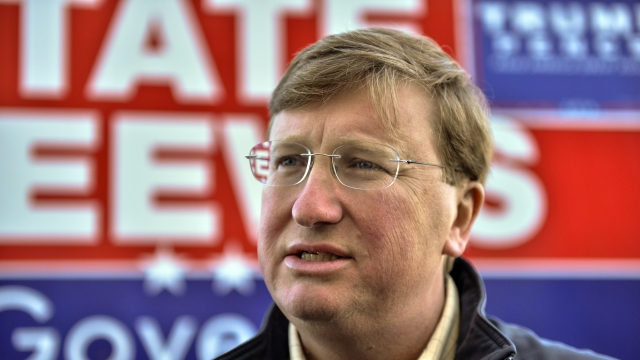 It was a fairly close race. With 99% of precincts reporting, Reeves secured 52% of the vote, and Hood garnered 46%.

In his new role, Vox reports that Reeves is largely expected to maintain policies he promoted as lieutenant governor, like pro-business tax cuts and the rejection of Medicaid expansion.

Reeves had the support of the White House on the campaign trail, with both President Donald Trump and Vice President Mike Pence making trips to Mississippi to drum up support.

And after the race was called, the president congratulated Reeves on his win, tweeting simply, "Great going Tate!"

Correction: A previous version of this story incorrectly said Reeves gave his acceptance speech Monday night. The story has been updated.