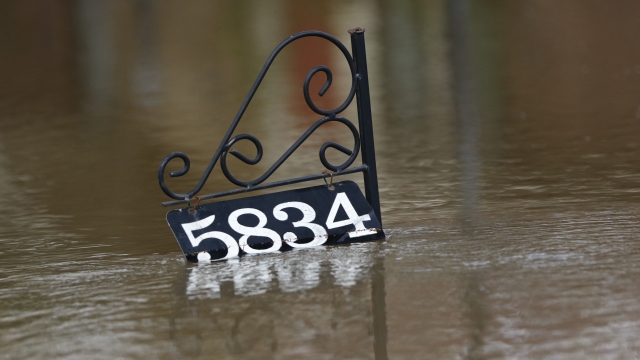 Mississippi remains in a state of emergency as Pearl River floodwaters flow through and surround the state capital. Waters crested Monday at just under 37 feet, but forecasters are expecting even more rainfall between Tuesday and Thursday.

Gov. Tate Reeves declared the emergency on Saturday after days of severe weather, saying the state faced a "precarious situation" that could turn "at any moment." Authorities ordered people living in affected areas to evacuate as floodwaters continued rising to near-historic levels over the weekend.

By Sunday, officials had stabilized the inflow and outflow of the nearby Barnett Reservoir, noting that residents appeared to have heeded calls to seek higher ground. Reeves said Monday that there were no reports of flood-related injuries and only 16 search and rescue missions were necessary.

Still, he urged residents of flooded communities to stay away until evacuation orders were lifted, since it would be days before floodwaters receded. On Twitter, he thanked state and local officials for their emergency response, saying it had been a "long weekend for Mississippi" and that a "much needed end" was in sight.

But that might not be the case elsewhere in the southeastern U.S. In the last week, heavy rainfall has been blamed for a landslide in West Virginia that reportedly injured two people. And in Tennessee, authorities are warning residents along the Tennessee River to prepare for rising floodwaters.

The Tennessee Valley Authority reports rainfall in the region has been "400% above normal" this year. On Monday, TVA spokesman Jim Hopson told The Associated Press: "We have engineers on duty 24-7 trying to figure out what’s the most effective way to move this water downstream with the least impact. They feel it. I feel it."