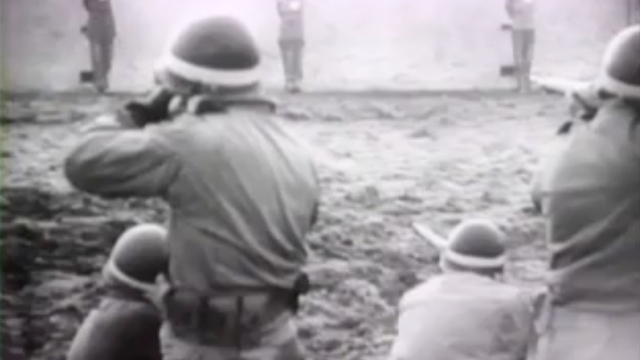 The state could execute prisoners by firing squad if lethal injection proves too burdensome.

As a method of state execution, lethal injections are increasingly expensive, difficult and unreliable. Mississippi is considering a different approach.

A bill currently under consideration in the state Senate after passing the House would enable prisoners to be executed by firing squad if lethal injection is unavailable or cost prohibitive. Gov. Phil Bryant supports the bill.

"We need to carry out a capital punishment when the courts say it's necessary. And if it takes a firing squad, we'll do that," Bryant told WJTV.

Lethal injection is still the primary means of execution across the country, but a shortage of the drugs used in the procedure has left states scrambling for alternatives, which in turn has led to several botched executions with experimental drug cocktails in Oklahoma.

This video includes images Florida Department of Corrections and Ken Piorkowski / CC BY SA 2.0 and clips from U.S. National Archives and Records Administration, CBS and KSTU.