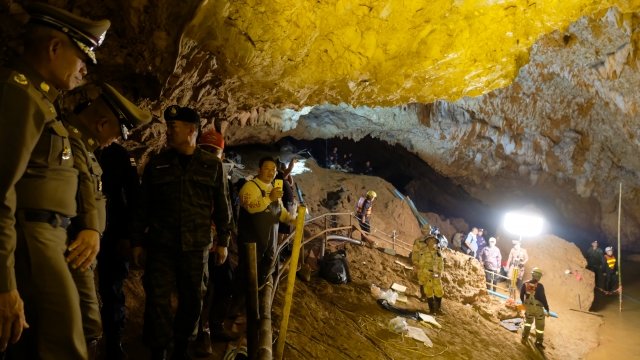 A missing youth soccer team has been found alive in Thailand.

A regional governor told reporters Monday night, "I confirm they are all safe." Rescue teams discovered 12 boys and their coach inside a cave system Monday.

Before that, they were last seen June 23. Their bikes and personal belongings were found outside the cave.

Efforts to locate the team were hampered by heavy rain, which caused the cave to flood.

Rescue workers say their plan is to drain the cave, get medical care to the boys and their coach, and finally extract them.