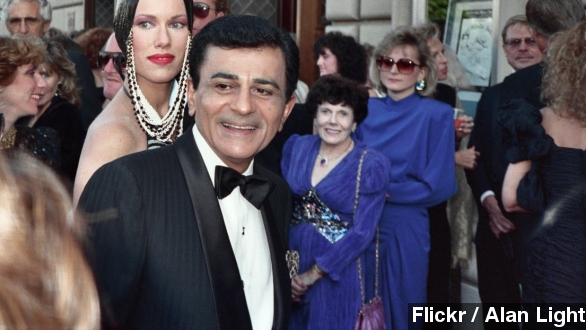 By Mikah Sargent
May 15, 2014
Missing radio icon Casey Kasem was found in Washington state on Wednesday. Authorities say he is cognizant of his location.
SHOW TRANSCRIPT

Three days after a judge ordered investigators to determine the whereabouts of radio icon Casey Kasem, he was found safe in Washington state.

According to CNN, Kasem, who's best known for his role as the radio personality behind the American Top 40 music countdown franchise, was believed to have been taken out of the country by his wife, Jean Kasem.

But the outlet reports authorities found Jean and Casey "visiting others at a home" in Washington on Wednesday. And the two reportedly told authorities they were on vacation. (Via CNN)

KABC reports this is only the latest in an ongoing dispute between Kasem's wife and children. The children say Kasem's wife continually moves their father to different facilities and prevents them from seeing him.

According to KOMO, the Kasem children released a statement Wednesday through their rep, "The family has grave concerns about his medical care. The Kasem family will do everything in their power to bring their father home."

Eighty-two-year-old Casey suffers from Lewy body disease, according to CNN. A common cause of dementia, the disease has left Kasem unable to speak. (Via Lewy Body Dementia Association, Inc.)