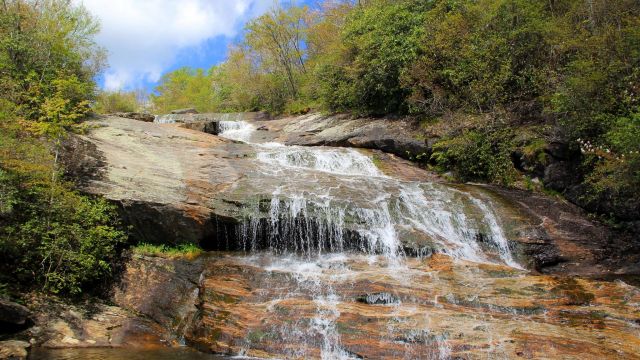 A 64-year-old woman was found tied to a tree about an hour after she was reported missing in Blue Ridge Parkway.

A missing North Carolina hiker was found alive and tied to a tree in Blue Ridge Parkway.

"She's not deceased at this time, but she is tied to a tree. This is the one we've been looking for," one rescuer said after finding the hiker.

Rescue workers found the unidentified 64-year-old off a trail about an hour after she was reported missing. The hiker has since been taken to a local hospital for treatment; her condition is unknown.

A woman who identified herself as the hiker's caretaker first reported the disappearance. She told the Asheville Citizen-Times she received texts from the hiker about an emergency before she disappeared.

Park officials say a 50-year-old white male with salt-and-pepper hair and an unkempt appearance might have been involved in the incident.  Authorities haven't released many details about the disappearance, but they do say it appears to be an isolated event.

This video includes an image from the U.S. National Parks Service.