Police Say 12-Year-Old Was Kidnapped, But She Says She Ran Away 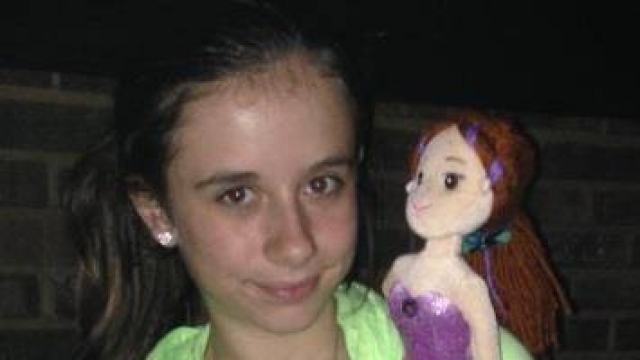 Brooklyn Smith, 12, called a WSB-TV reporter to tell her side of the story.

Last week, police in Georgia issued an Amber Alert for this 12-year-old girl, who they believe has been kidnapped and is possibly in "extreme" danger.

Earlier this week, the girl called an Atlanta-area reporter to say she had not been abducted.

"I was not kidnapped. I ran away, and I planned on running away for like a month or so. I have like $500 or so," Brooklyn Smith told WSB-TV's Tony Thomas.

Smith called the reporter Tuesday to explain her side of the story.

Smith told Thomas that she is "physically fine" and with some of her friends. But she would not disclose who those friends are or exactly where she is.

Smith was last seen near her home in Gainesville, Georgia, early Friday morning.

Her mother says she was getting into a black or dark-colored passenger car.

"I was screaming after her, and then I noticed there was a car at the end of the driveway, and the next thing I heard was the door slam and the car screech off," Brooklyn's mother, Selena Smith, told WGCL.

Authorities believe the girl is with her biological father, Steven Spires, and his 19-year-old girlfriend. Smith's mother told local media Spires had recently lost custody rights to the girl in court.

Police say Brooklyn Smith and Spires were spotted in Cartersville, Georgia, on Monday and are now traveling in an unknown vehicle. The Hall County Sheriff's Office is asking anyone with any information on the whereabouts of Smith or Spires to contact authorities immediately.

This video includes clips from WAGA and images from the Hall County Sheriff's Office.