The Missing Argentine Navy Submarine Could Be Running Out Of Oxygen 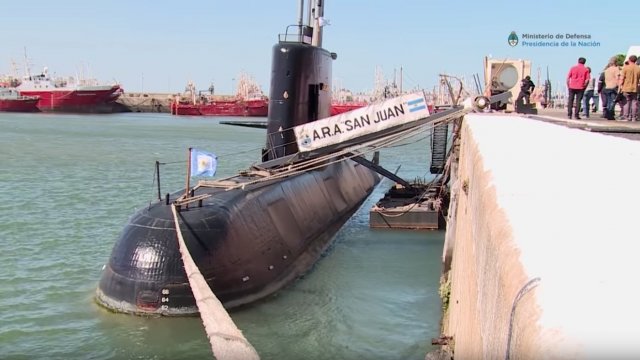 SMS
The Missing Argentine Navy Submarine Could Be Running Out Of Oxygen
By Lindsey Pulse
By Lindsey Pulse
November 21, 2017
An official told outlets the vessel only has enough oxygen to last around seven days if it's submerged and can't raise a tube for air.
SHOW TRANSCRIPT

The search for a missing Argentine navy submarine has reached a critical stage: The vessel could soon run out of oxygen.

A spokesperson for the Argentine navy told outlets the ARA San Juan has enough oxygen to last around seven days if it's submerged and can't raise a tube for air. Tuesday marked day six of no contact or signs of the sub. 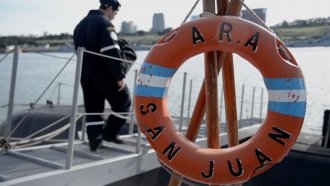 Communications for the submarine went dark on Nov. 15. It was traveling north to its home port from the southern tip of South America.

As of Nov. 20, the Argentine navy showed more than a dozen ships and aircraft from several countries had been deployed and were actively searching for the vessel. More were on standby ready to help.

Also helping with the search are unmanned underwater vehicles from the U.S. Navy that use sonar to create an image of the ocean floor.

The ARA San Juan was reportedly scheduled to arrive at port on Sunday. Weather has posed a problem for search crews, but conditions were improving Tuesday. Forty-four crew members are aboard the vessel.

Correction: A previous version of this video misidentified the submarine's point of origin. The video has been updated.