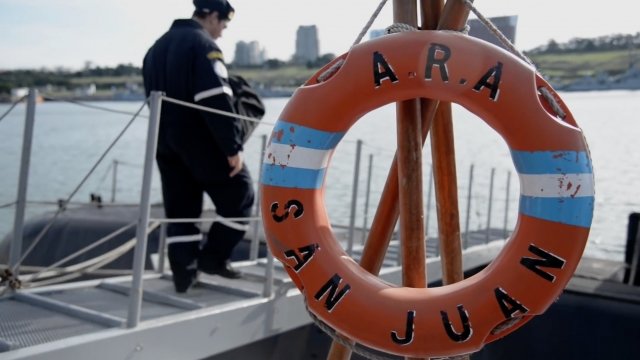 SMS
Argentina Thinks Missing Submarine Made 7 Failed Calls To Base
By Jake Jones
By Jake Jones
November 19, 2017
The submarine San Juan has been radio silent since Wednesday, when the vessel was last seen.
SHOW TRANSCRIPT

The Argentine navy now believes the missing submarine ARA San Juan tried to make contact, but was unable to connect to a base.

Authorities say they detected seven satellite calls believed to have been made from the submarine. Those calls could help locate the missing vessel and the 44 crew members on board. The ARA San Juan was scheduled to make port on Sunday.

The sub left from a southern base and was headed north, toward its home port. The submarine was last seen Wednesday roughly halfway between those two ports.

The sub hasn't made contact since Wednesday. A current international effort to find the vessel is underway. Officials said the submarine should have surfaced by now if it was experiencing communication problems.