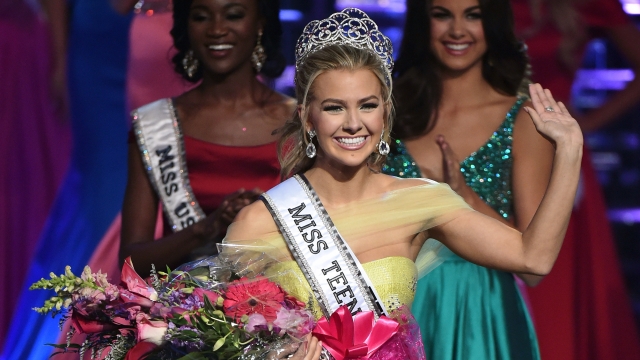 By Sunday, the newly crowned Miss Teen USA was responding to allegations she used a racial slur on Twitter.

According to CNN, a racial slur appeared in several tweets from what is believed to be Hay's personal account. The tweets, which are from 2013 and 2014, are no longer visible on the account because it has been set to private. However, screen shots of the posts are still floating around.

Hay responded Sunday, saying in part, "Several years ago, I had many personal struggles and found myself in a place that is not representative of who I am as a person." She then admitted, "I have used language publicly in the past which I am not proud of and that there is no excuse for."

So, it looks like Hay will be keeping her crown.

This video includes a clip from Twitter and images from Getty Images.