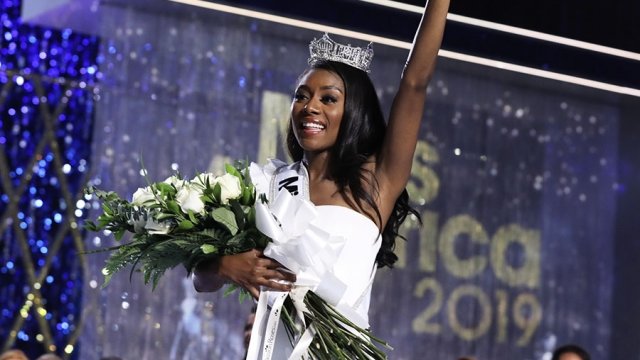 By Caitlin Baldwin
October 9, 2018
Those states can't participate in the national competition and have to turn over scholarship money.
SHOW TRANSCRIPT

The Miss America Organization has reportedly stripped at least four states of their licenses and threatened over a dozen more with probation — but it's staying tight-lipped as to why.

The Associated Press reports the organization is purging "rebellious state officials" who want the pageant's current leadership to step down. Georgia, West Virginia, Pennsylvania and one other unnamed state have lost their licenses, and — for now — won't be able to participate in the national pageant.

This is a lot to unpack, so bear with us. In December, former CEO Sam Haskell stepped down after leaked emails showed he and several board members exchanged sexist and vulgar emails about contestants. Former Fox News host, and Miss America 1989 Gretchen Carlson then stepped in to lead the organization in January.

Dozens of states and former Miss America winners backed Mund's claims, criticizing Carlson and Hopper for how they're running the organization, which included removing the swimsuit portion of the competition. Overall, 46 of the 51 state-level pageant organizations have called on the two leaders to resign.

The four states who had their licenses stripped have to replace their current leadership and turn over scholarship money to the organization.