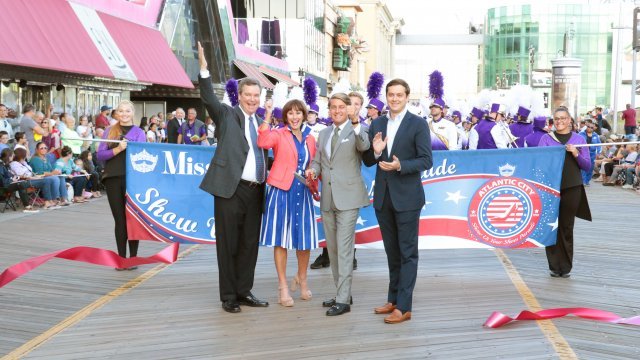 The HuffPost report released Thursday exposed correspondence that took place over the course of almost three years. The emails, many of which came from CEO Haskell, body-shamed and slut-shamed former winners, among other things.

Mallory Hagan, crowned in 2013, said she knew about some of the behavior. In response to the report, she said: "I feel validated because for the longest time I had been trying to tell people that this thing is happening to me and I didn't have any proof. … I feel a big weight off my shoulders."

Haskell was suspended by the Miss America Organization board on Friday. He issued a statement calling his actions "a mistake of words" but also dismissing the report as "dishonest, deceptive, and despicable."

The Miss America Organization has also lost its TV partnership with Dick Clark Productions as a result of the emails.