Minorities More Likely Than Whites To Report Problems While Voting 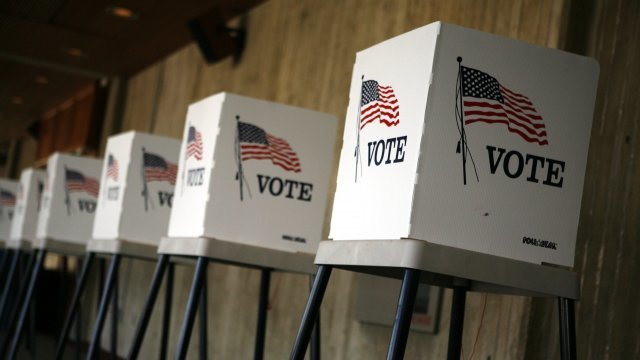 SMS
Minorities More Likely Than Whites To Report Problems While Voting
By Audrey Esther
By Audrey Esther
July 19, 2018
Hispanic and African-American voters were more likely than whites to say they'd been harassed while voting recently, according to a new survey.
SHOW TRANSCRIPT

Hispanic and African-American voters were more likely to say they've encountered problems when voting than white voters. That's according to recent research by the Public Religion Research Institute and news outlet The Atlantic.

For instance, of those surveyed, 7 percent of Black Americans and 9 percent of Hispanic Americans said they had been harassed or bothered while trying to vote recently. But only 4 percent of white voters reported encountering this.

Researchers also asked those surveyed about their thoughts on some of the biggest perceived problems facing the country's election system. About one quarter, or 27 percent, of white Americans said eligible voters being denied the right to vote was a serious issue. That compares to 60 percent of Hispanic Americans and 62 percent of Black Americans who said it was.

Agreement on the severity of this issue also appeared to be split between members of political parties. Nineteen percent of Republicans versus 56 percent of Democrats said voter disenfranchisement was a major problem.

Additional information for this story provided by Newsy affiliate CNN.