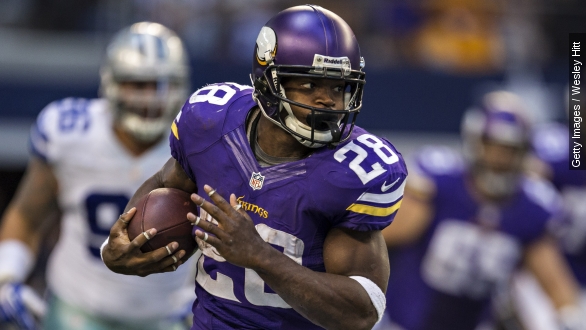 The NFL says it will reinstate Minnesota Vikings running back Adrian Peterson.

In a press release, the league said beginning Friday, he will be able to participate in all Vikings activities, and said, "Peterson was reminded that his continuing participation in the NFL depends on his avoidance of any further conduct that violates the Personal Conduct Policy or other NFL policies."

Then in February, after months of legal battles, a federal judge opened the door for Peterson's return to the NFL. (Video via WCCO)

The NFL said Peterson must honor his commitments to continue ongoing counseling and treatment programs as recommended by medical advisers.