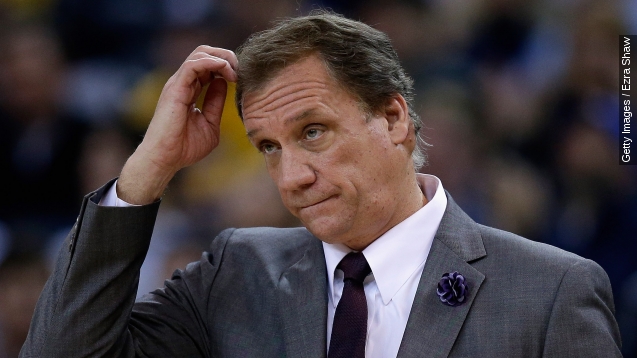 Saunders was battling Hodgkin's lymphoma and announced his battle with cancer in August.

Team owner Glen Taylor said Friday that Saunders would likely be out for the rest of the season. Taylor told the Minneapolis Star Tribune that Saunders' condition was "serious."

Saunders spent 17 years as an NBA head coach, starting with Minnesota in 1995. He led the Timberwolves to eight-straight playoff appearances before he was fired in 2005.

Saunders then coached Detroit for three seasons and Washington for another three before returning to the Timberwolves in 2014. He amassed 654 wins over his career as head coach.