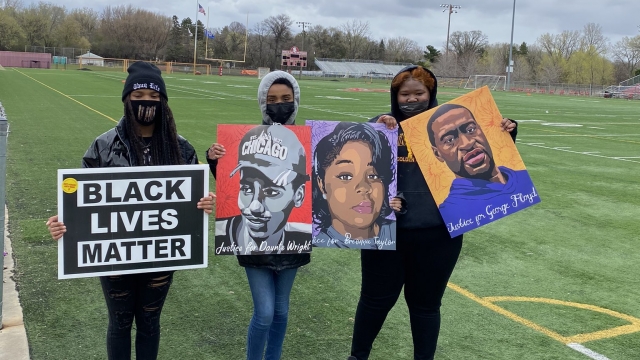 A Newsy crew was at the demonstration at Benilde Saint Margaret's High School in Saint Louis Park.

Students walked out from 1-1:47 p.m. That's the time Daunte Wright called his mother when he was pulled over by police last Sunday moments before he was killed. Organizers say they want to make a change.

"Go past just the just system itself, we need to talk about economic inequalities, social inequalities, all sorts of things, it's not just justice itself," said student Teigan Blaine.

And student Emani Lavon said, "I'm tired or people like me getting killed by the police. And it's hitting too close to home."

Students also held a moment of silence for nine minutes and 29 seconds: The amount of time George Floyd was pinned to the ground by Derek Chauvin.