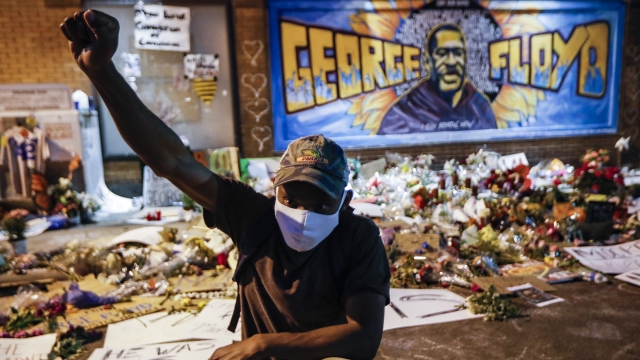 The state is hoping to "determine if the MPD has engaged in systemic discriminatory practices."

Minnesota's governor announced Tuesday the state has filed a human rights complaint against the Minneapolis Police Department. The state's Department of Human Rights will launch a civil rights investigation into the MPD following George Floyd's death.

The investigation will focus on the police department's "policies, procedures, and practices over the past 10 years." The goal is to "determine if the MPD has engaged in systemic discriminatory practices towards people of color and ensure any such practices are stopped."

During a press conference, Lt. Gov. Peggy Flanagan echoed similar statements made in the last week: that this grief and anger is a product of years of injustice, not just George Floyd's death.

Human Rights Commissioner Rebecca Lucero, who will lead the investigation, said its goal is to negotiate a consent decree with the city that courts could enforce with injunctions and financial penalties. She pointed to a similar measure passed involving Chicago and its police department in conjunction with a history of racial bias and excessive use of force by police.

The Human Rights Department is seeking an agreement with MPD to address discriminatory practices in the interim while the investigation is ongoing.

The Minneapolis City Council, along with Mayor Jacob Frey, said they support the state's investigation and urged officials to hold the police department accountable.