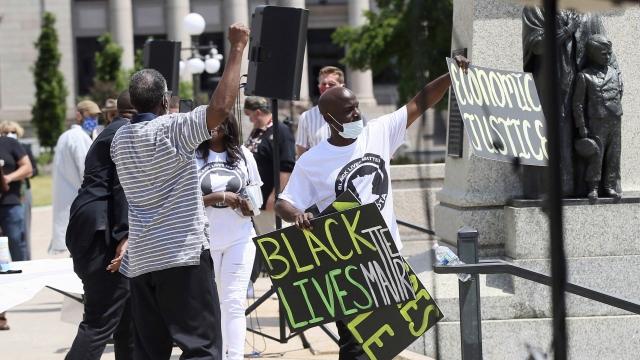 After a week-long special session, Minnesota lawmakers failed to pass a bill that would address police reform issues raised by George Floyd's death.

Over the weekend, Minnesota's legislature went back and forth over law enforcement standards they promised would come after the May 25 killing of Floyd in Minneapolis. As protests continue in the state and around the country over police brutality and racism, lawmakers faced scrutiny about not meeting that promise.

The Democratic-led House passed the Minnesota Police Accountability Act Friday, but that measure failed in the Republican-led Senate.

The act would require Minnesota police to live in cities where they serve, make the state's attorney general in charge of investigating police killings, and require social workers to be called for disturbances involving mentally ill people.

The Senate did not pass the bill as Republican lawmakers said the measures forced regulations on local police across the state to fix systemic problems they say mostly mostly apply to Minneapolis. Both the House and the Senate agreed to adjourn Saturday without coming to an agreement.

Minnesota Gov. Tim Walz said the state legislature's failure was an "embarrassment" and also blamed an "arbitrary deadline" set by Republicans. Minnesota lawmakers have not yet set another date for a special session.