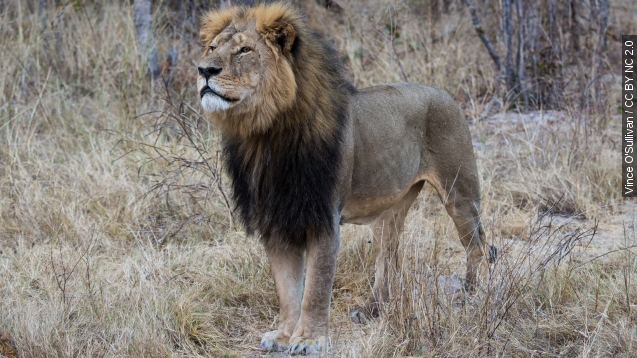 Zimbabwe officials have identified the person who shot and killed Cecil the lion as Walter James Palmer from Minnesota.

Zimbabwean authorities are searching for a Minnesota dentist who they say killed Cecil the lion, an iconic animal that lived at Hwange National Park.

It also reported Palmer and the professional hunter, Theo Bronkhorst, lured Cecil out of the park, injured him and then finally killed the lion 40 hours later. (Video via ABC)

"They say that this is illegal and horribly tragic because it was a huge tourist draw for the country. Certainly, at the very least, unethical to bring a lion outside of a reserve like this and to kill it," a CNN reporter said.

The Minneapolis Star Tribune reports Palmer issued a statement saying, "I had no idea that the lion I took was a known, local favorite, was collared and part of a study until the end of the hunt. I relied on the expertise of my local professional guides to ensure a legal hunt."

But CBS spoke with a wildlife expert, who says even though Palmer might not have known who Cecil was, his local guides surely would have.

"I mean a black mane lion like that you can see from afar and even on a hunt. You are definitely going to identify that this — hang on this is a collared lion and it is Cecil," Dex Kotze told CBS.

NBC reports Palmer was been involved in another hunting incident before. In 2006, he received a year's probation and was fined $3,000 after illegally killing a black bear.

Both the professional hunter, Bronkhorst, and the man whose land Palmer and Bronkhorst lured Cecil onto to kill him, now face poaching charges in Zimbabwe.