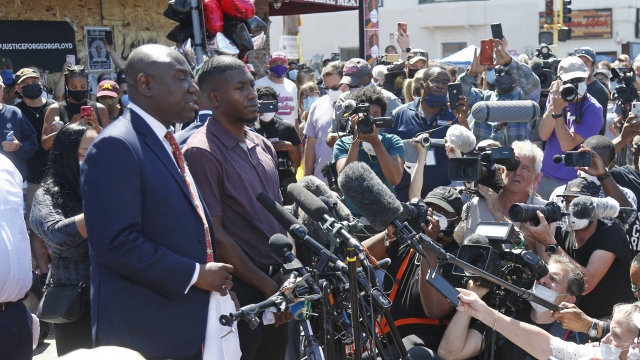 The three officers, two of whom helped restrain George Floyd, have been charged with aiding and abetting murder.

Three Minneapolis police officers connected to the death of George Floyd are in police custody after Minnesota's Attorney General Keith Ellison charged them with aiding and abetting murder on Wednesday.

The three officers were present when former officer Derek Chauvin pinned Floyd to the ground with a knee to his neck.  These are the first charges brought against J.A. Keung and Thomas Lane — who both helped restrain Floyd — and Tou Thao.

In the last week, video of Floyd's death has sparked international outrage. Protests have drawn tens of thousands of people demonstrating against discrimination and police brutality.

Floyd's family and their attorney, Ben Crump, called the announcement "bittersweet" but added they were grateful that Ellison is taking a "significant step forward" to provide Floyd justice.

"This moment is a tipping point to change America and see if America truly believes in the words of Thomas Jefferson. ... Where certain inalienable rights, that amongst them are life, liberty and pursuit of happiness, where in America that means Black people too."