Minnesota Archbishop Steps Down In Wake Of Abuse Scandal 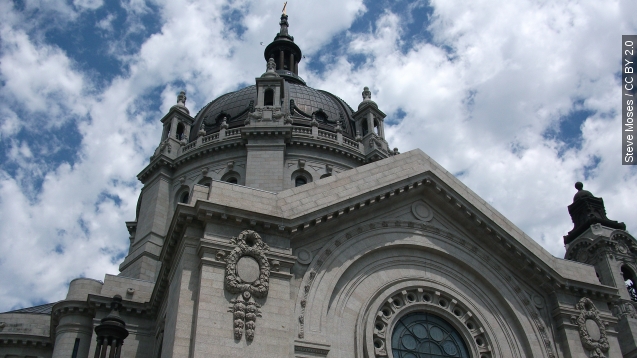 Archbishop John Nienstedt and Auxiliary Bishop Lee Piche announced their resignations Monday, amid charges of mishandling claims of sexual abuse in the church. (Video via Archdiocese of St. Paul and Minneapolis, Franciscan University of Steubenville)

Now, neither of the two have been charged, but as high-ranking members of the Archdiocese of Saint Paul and Minneapolis, which is facing those charges, they say they hope their resignations can offer a new beginning.

The charges against the church stem from the case of Curtis Wehmeyer, who was convicted in 2013 of sexually abusing two boys and possessing child pornography.

Since then, it's emerged the archdiocese reportedly knew about Wehmeyer's conduct for as much as a decade before the charges emerged.

And while no individuals have been charged, that doesn't mean they won't be.

"The code of canon law is very clear that the archbishop is the CEO, the chief executive officer of the archdiocese, and he is particularly responsible for the actions of his priests," Dr. Charles Reid of the University of St. Thomas told KSTP.

Pope Francis has accepted their resignations. He recently convened a high level tribunal to hold bishops who fail to deal with sexual abuse in their parishes. (Video via Vatican Television Center)

This video includes an image from Steve Moses / CC BY 2.0.