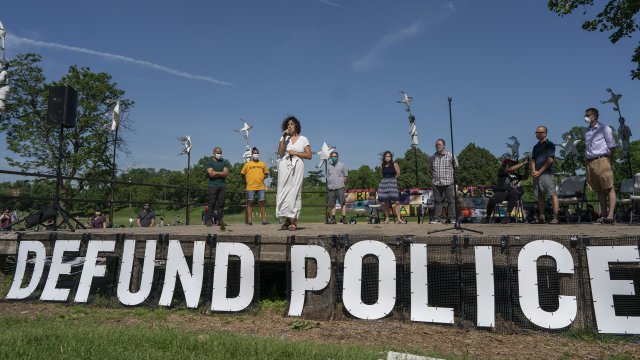 The city's charter commission voted 10-5 to take more time to review an amendment proposed by the city council. Now, the proposal won't head to November's ballot.

"There remains several items to consider under statutory obligation to ensure that this amendment can be the best it can be for the residents of Minneapolis," Commissioner Jill Garcia said.

The Minneapolis Police Department has drawn intense criticism since George Floyd died in police custody in late May.

The commission cited concerns that the move was being rushed. Some commissioners said though change is necessary, the amendment as it is now is flawed and could face legal hurdles. The city's charter requires the council to fund a police force.

In a letter to the charter commission ahead of the vote, the Minneapolis City Council said its commitment is "to transform the way we provide for community safety and respond to decades of failed reforms and deepening mistrust in the Minneapolis Police Department."

The charter commission will take 90 days to review the proposed amendment.