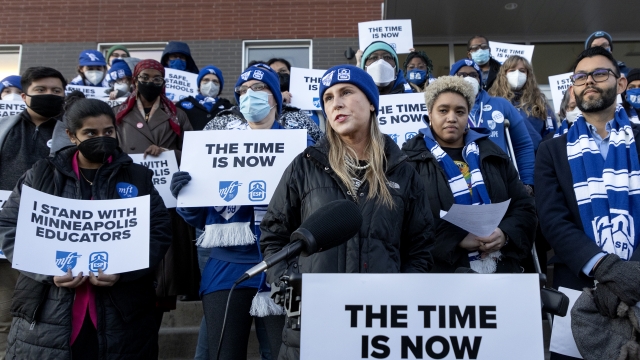 Teachers in the Minneapolis School District walked off the job on Tuesday in a dispute over wages, class sizes and mental health support for students, at least temporarily pausing classes for about 29,000 students in one of Minnesota's largest school districts.

Union members said they could not reach agreement on wages, especially a “living wage” for education support professionals, as well as caps on class sizes and more mental health services for students. 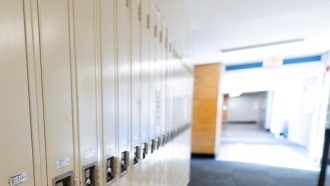 “We are going on strike... for the safe and stable schools our students deserve,” Greta Cunningham, president of the teachers' chapter of the Minneapolis Federation of Teachers, said Monday.

The school district called the news “disappointing” but pledged to “remain at the mediation table non-stop in an effort to reduce the length and impact of this strike.”

Teachers in the neighboring St. Paul School District, with about 34,000 students, announced a tentative agreement late Monday night to avert a strike that had also been scheduled to start Tuesday.

National labor leaders say teachers and support staff across the country are experiencing the same sorts of overload and burnout challenges due to the COVID-19 pandemic, but no other large districts were on the verge of a strike. School district officials have said they're already facing budget shortfalls due to enrollment losses stemming from the pandemic and can't spend money they don't have.

For St. Paul schools, superintendent Joe Gothard outlined the proposals in a statement Sunday night, saying the district offered to add language to the contract to keep average class sizes at their current levels, hire an additional four school psychologists, one-time cash payment of $2,000 for every union employee using federal stimulus funds, and to increase pay for the lowest-paid educational assistants.

Minneapolis has about 3,265 teachers, while St. Paul has roughly 3,250 educators. The average annual salary for St. Paul teachers is more than $85,000, while it's more than $71,000 in Minneapolis. However, the districts also employ hundreds of lower-paid support staffers who often say they don’t earn a living wage, and those workers have been a major focus of the talks.