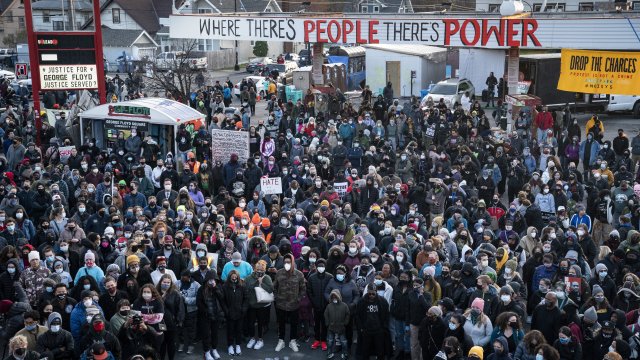 Derek Chauvin was just one of four officers charged in George Floyd's death.

Expressions of relief rippled across the country Tuesday.

People filled the streets in Minneapolis, with many saying justice has been served.

But others are acknowledging this is just one step in a longer journey toward equal rights.

Remember, Derek Chauvin was just one of four officers charged in George Floyd's death. The state will make its case against three other former Minneapolis police officers this summer. The trial for Alexander Kueng, Thomas Lane and Tou Thao is scheduled to begin in August.