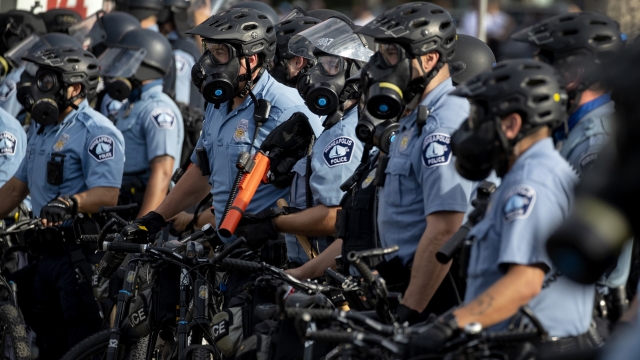 SMS
Minneapolis Public Schools Votes To End $1.1M Contract With Police
By LeeAnne Lowry
By LeeAnne Lowry
June 3, 2020
In voting to end a contract with Minneapolis police, one school board member said it is "completely unnatural" to have officers in schools.
SHOW TRANSCRIPT

Student activists have been working to remove officers from schools for years, arguing the money could be used in other ways. This week's vote came in the wake of the Memorial Day killing of George Floyd at the hands of a white Minneapolis police officer. Across the country, activists are seeking to hold law enforcement accountable for brutality against people of color.

The chairwoman of the school board said the Minneapolis police department doesn't share the values of "people and education and life." One board member said she thinks it is "completely unnatural" to have police in schools.

The police provided the schools with officers for decades. Now the school district will have to prepare a new safety plan by mid-August.

Minnesota's governor announced Tuesday the state has filed a human rights complaint against the police department. The state is launching an investigation into the department's "policies, procedures, and practices over the past 10 years."